A thoughtful yet passionate, densely woven tableau of interconnected lives and eras in the tradition of Sherwood Anderson; Gary Eller brings a lifetime’s care and an artist’s eye to his magnum opus—a shivery swirl of adventure provoking double-takes of recognition: They are us. Rich, funny, moving, and wise.

Joan Frank, author of The Outlook for Earthlings

True North will quickly jerk you by the roots from the tranquil prairie grasses into a world of mystery, murder and intrigue. Eller’s depth of detail and description takes you smoothly through the sights, sounds and fragrances of an uncovered world.

Sad, mysterious, tender, sometimes hilarious and occasionally savage. But they all have a couple of things in common: real-as-life characters you’ll want to spend time with, and an elegant readability that will make that time go much too fast.

Like Toni Morrison, Gary Eller knows salvation is always the motive, whether the crime is murder—or love.

Engrossing… Through unflinching narration, Eller submerges readers into the bleak, but lushly imagined, inner worlds of the Little Shays, the Breens, the Morinvilles, and the Peaveys, as they grapple with each other for primacy of place and survival.

Debra Marquart, author of The Horizontal World:Growing Up Wild in the Middle of Nowhere

Funny, compelling, and often disturbing, True North introduces us to characters who endure despite poverty and cruel Fate, and we cheer for them because of and despite their desperation. This novel shows us a new angry Eller, and it’s a justified anger in the tradition of Ed Abbey and Kurt Vonnegut.

Hank Nuwer, author of Sons of the Dawn 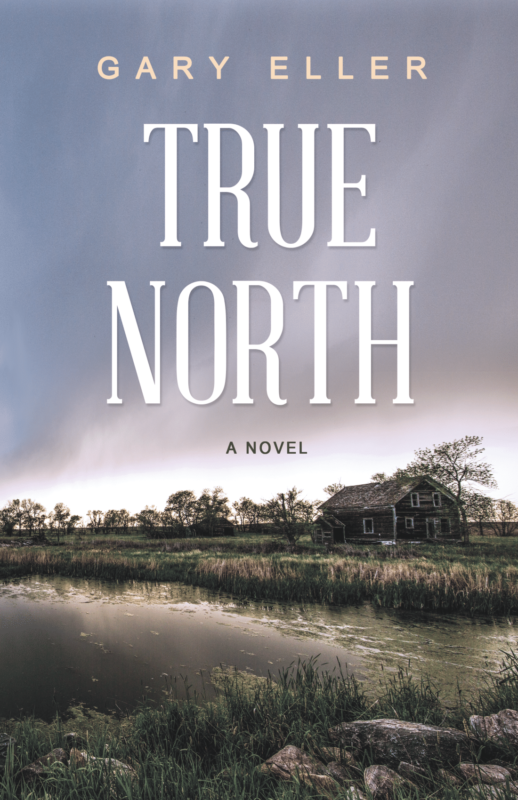 Life has always been difficult and dangerous for those living on and around the Turtle Mountain Reservation. And when there is not enough of everything to go around, the old ways of surviving including sharing, short cuts, and hard work no longer provide solutions.

TRUE NORTH weaves the story of three impoverished farm families flung together in a pattern of racial tensions, secrets, and long-held grudges spanning the 1930s through the 1960s.

Complicating the troubles of these families is their proximity to Rolland, a town seemingly filled with quirks and quirky people including a powerful sheriff who may or may not be corrupt.

When young Leah's presumed former lover is found dead everyone concludes that her bigoted father is the murderer. The incident rekindles the ancient feud between her family and that of her close neighbor, Ida Florence, who bears a secret that if revealed would destroy any semblance of unity in her own family, already compromised by a son on his way to becoming a dissolute derelict.

Richie Lee, Leah's son, to avoid punishment from a youthful mistake, seeks to go to war, a move that would further distance him from his pacifist and passive father who is mired in the attitudes of a long-gone era while enduring the condemnation of the community over his unpopular beliefs.

And in the bizarre, convoluted way that isolated societies function, a third family, headed by the disturbed and unstable Fawn, is drawn into the tumult of violence and despair.

Already an outcast because of her primitive background, Fawn along with her heroic growing son and pathologically idealistic daughter struggle for acceptance because of her involvement with a widely-disliked Native American man and Fawn's own delusional obligation to her deceased husband.

Some members of the troubled families see relief in escape, others in sharing dark secrets. Still others remain as if implanted in the cold ground either from their inability to get away or from their innate determination to fight through conflicts at any cost using the only tools available—a return to the old ways.

Disclosure of Material Connection: Some of the links in the page above are "affiliate links." This means if you click on the link and purchase the item, I will receive an affiliate commission. I am disclosing this in accordance with the Federal Trade Commission's 16 CFR, Part 255: "Guides Concerning the Use of Endorsements and Testimonials in Advertising."
© 2023 Gary Eller. Website created and maintained by Keith Shimp
All images used on this webpage are copyright of their respective owners.